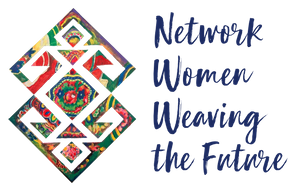 The opening will include an overview of the 2018 Women Weaving Future conference in Frankfurt, announcements and a welcoming ceremony.

Session I: World War III and Smashing the Armor of Immunity of the State and the Dominant-Male

What can be done on the women’s revolutionary front in this age of wars, occupations, ecological crises and pandemics?  e dominant system continues its war of patriarchy against women and women’s resistance, while developing new methods and policies to conceal and distract from the main contradictions of our time.

How can we weave an alternative line of struggle against the policies of the patriarchal system? Women’s struggle must go beyond only improving the system (legal rights, access to abortion, etc.) and build its capacity to struggle against patriarchy on every level of society — from state violence to the dominant male mentality.

2. Ecocide: Dismantling Domination, Dispossession, Oppression: the Subordination and Colonisation of Nature and the Ruthless Appropriation and Exploitation of Resources

How do women resist the life-threatening practices of multinational corporations and new forms of colonialism in different parts of the world? The ecological crisis has entered the agenda of humanity as the most urgent global crisis, and one which constantly produces violence against women — the fight against ecocide should be a fundamental principle of the struggle against the patriarchal system.

3. Making Invisible Labor Visible: The Survival of the System Is Based on Women’s Unpaid and Lowpaid Labor

How can we base our class struggle on the principle of women’s liberation in order to combat the foundations of capitalist exploitation? Women in class struggles have developed a perspective on class hierarchy and the state as being built on the exploitation of women’s bodies and creations. Under current capitalist conditions, women’s labour is more deeply exploited and rendered even more invisible.

We need a resistance front against forced migration, and for the right of people to live where they choose - one that promotes the protection and liberation of one’s land, instead of focusing solely on women’s problems arising from forced migration. How can we organise a resistance that shows the solidarity necessary to meet the needs that arise?

How can we ensure that existing political, cultural and economic movements, organisations and institutions (both state focused and outside the state system) have content that focuses on women’s freedom?

What can we do in the  eld of health? Health is one of the areas where patriarchy dominates by seizing, ignoring or appropriating women’s creations. How can we develop an alternative understanding and practice of medicine - one that is not in service of the capitalist profit motive but can be organised according to society’s needs?

What is needed for an alternative understanding of the economy that can curb capitalism’s excessive greed for pro t? We have developed experiences of alternative economy on a small scale around the world and outside of the capitalist market. What kind of a path should we follow to organise them?

6) Defence of language and culture

Women often play the role of carriers of culture and language.  ey hold humanity’s memory. Against the hegemony of certain languages under capitalism, what can be done to revitalise local languages that bear the traces of moral and political community values?

Women in the struggles against racism, nationalism and fascism; the need for an antifascist women’s front.

To lead the women’s struggle, it is necessary to have xwebun, a philosophy of life and self-knowledge. Its aim is the radical rejection of all of the norms and codes imposed on women. One of the most important tools for achieving this is for women to establish their own self education systems. How have the experiments, methods and alternative pedagogies developed by women in di erent parts of the world contributed to women’s struggle?

Session III: Becoming—The Desired Life Will Come Not through Miracles but through Revolution

How can we strengthen our struggle to stop the multi-faceted attacks against women by the patriarchal system? The key to determining the character of our time is the ideological and intellectual struggle to be waged against the historical colonisation of women.

How can we become independent of the thought structures of the male-dominated system? Women’s struggles risk being assimilated back into the system unless a genuine alternative paradigm is developed — a paradigm based on intellectual and theoretical criticisms capable of truly overcoming the limits of the system.

2.Feminism—the Rebellion of the Oldest Colony and What Lies Beyond It

What is the role and contribution of feminism to women’s struggle, past and present? What are the causes of the obstacles experienced by feminism? How can feminism take an anti-system stance?

3. Sociology of Freedom and Jineolojî

What role will Jineolojî play in transforming the values, experiences and knowledge that emerge from the women’s revolution and enter social culture? An intellectual quest based on an alternative paradigm can make the values of the women’s resistance front the basis of the revolution.

1. How to Live, What to Do and Where to Start

What do we mean by freeing men from the grip of patriarchy? What do we mean by liberating forms of power-based relations on the basis of gender and defining women and men by transcending gender? What are the building blocks of a philosophy of life that will change and transform social relations?

How can a women’s organisational style be developed that will encompass all social sectors and distinctions, including ethnic, cultural, religious and class contradictions? Autonomous organisation is the most important tool to defend women’s energy, struggle and resistance against patriarchy.

3. Defend Life: No to War, Yes to Self-Defence

What are the aspects that make self-defence different from militarism? Self-defence is one of the main tools in the overthrow of the male dominated system — in national and class liberation struggles, in the resistance against fascism and racism, in the daily lives of women.

Jin, Jîyan, Azadî: Why a Supranational Women’s Organisation? What Is the Proposal for Women’s World Democratic Confederalism?

How can all women’s struggles unite to prioritise our main goal: the destruction of the multi-faceted attacks of the patriarchy? How can all struggles for women’s liberation establish a women’s confederalism that is based on pluralism, against internal domination? In this session, we deepen our joint goal of women’s world democratic confederalism. Here, everyone can bring their suggestions in relation to the document presented by the Kurdish women’s freedom movement.